From Animal Noises to The Chicks in the Barn there's something here for . Written by Richard Powell and illustrated by Ana Martín Larrañaga.

From Animal Noises to The Chicks in the Barn there's something here for everyone's tastes. A brand-new board book that explores animal sounds from morning until night in the bold and vibrantly colorful world of artist Thomas Flintham. The chickens wake from the farm each day, CLUCK, CLUCK, CLUCK, the chickens say. At breakfast time, the cows all chew, In the meadow, MOO, MOO, MOO. It’s a very noisy day on the farm, until bedtime comes and the farmyard is quiet.

by Richard Powell (Author), Martin Larranaga, Ana (Illustrator). Ana Martin-Larranaga is a contributor for the following Tiger Tales Title: Whose Hat Is That?

Ana Martin Larranaga was born in Spain. She graduated from University of Salamanca with a bachelor of Fine Arts for Graphic Design. After living in Scotland and New York, she moved to Germany where she now lives with her little family

Ana Martin Larranaga was born in Spain. After living in Scotland and New York, she moved to Germany where she now lives with her little family. She doesn't have a dog or a goat but she is always thinking of getting one of each. Age Range: 1 - 4 years.

Richard Powell; Ana Martin Larranaga. Showing 26 of 26 results that match your query. Product - If You See a Cow. Product Image.

This oversized board book features a simple spinner mechanism inside each cover. Spin the dial, follow the arrow, and imitate what the featured animal is doing! Moo like a cow! Or buzz like a bee! A fun, interactive way for children to learn basic concepts. These books can be read by one, or played as a game among friends. 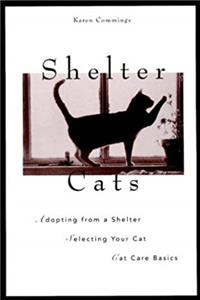