"Erring is a thoughtful, often brilliant attempt to describe and enact what remains of (and for) theology in the wake of deconstruction. Drawing on Hegel, Nietzsche, Derrida, and others, Mark Taylor extends—and goes well beyond—pioneering efforts. . . . The result is a major book, comprehensive and well-informed."—G. Douglas Atkins, Philosophy and Literature"Many have felt the need for a study which would explicate in coherent and accessible fashion the principal tenets of deconstruction, with particular attention to their theological implications. This need the author has addressed in a most impressive manner. The book's effect upon contemporary discussion is apt to be, and deserves to be, far-reaching."—Walter Lowe, Journal of Religion The Mystery of God: Karl Barth and the Postmodern Foundations of Theology (Columbia Series in Reformed Theology) ebook Essential History: Jacques Derrida and the Development of Deconstruction (Studies in Phenomenology and Existential Philosophy) ebook Transcendence and Self-Transcendence: On God and the Soul (Indiana Series in the Philosophy of Religion) ebook 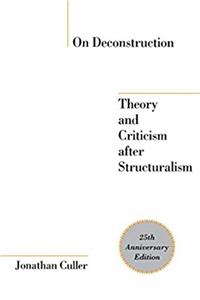 Humanism and Its Aftermath: The Shared Fate of Deconstruction and Politics ebook Derrida and Religion: Other Testaments ebook Faith and Philosophical Analysis: The Impact of Analytical Philosophy on the Philosophy of Religion (Heythrop Studies in Contemporary Philosophy, Religion and Theology) ebook